Prominent digital marketing agency Frogspark was elected for a visit from Chancellor Sajid Javid today in Derby. As a well-known company in the Midlands with two young founders, it’s important that the views of businesses are voiced.

During the visit, Chancellor Sajid Javid met the team at Frogspark and spent time with their two founders; Rob Twells & Liam Nelson. Rob & Liam had the opportunity to host a private meeting, with the freedom to ask questions and raise concerns. Questions ranged from housing all the way to taxation and were well received by Sajid.

Shortly after the visit, Rob said “It’s great that Frogspark was chosen for a visit, it’s was hugely important for us to ask questions that related to not only business but also our team. Politics is always a complicated subject and to be honest, I just want the best future of myself and those around me.”

Liam mentioned that “The visit was brief, but it was a great opportunity for us to get an insight into the goings-on at Downing Street. We know we’re only a small voice, but I do believe it’s crucial for those involved to hear it directly from those who could potentially be affected by any decisions going forward”.

Frogspark take no allegiance with the Conservative party, this was simply an opportunity for them to gain insight into this Thursday election. 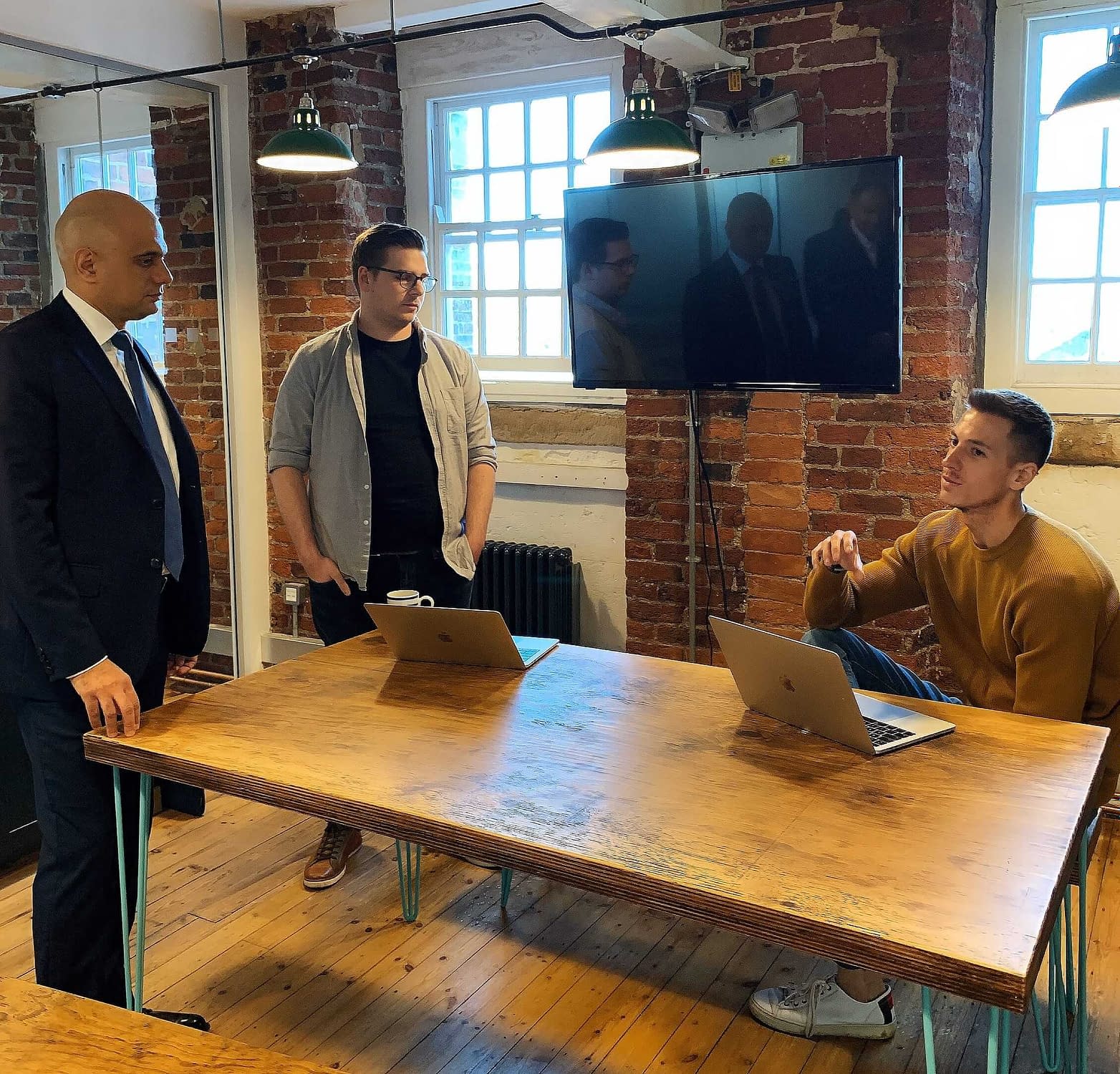 What is a Chancellor?

The Chancellor of the Exchequer is the government’s chief financial minister and as such is responsible for raising revenue through taxation or borrowing and for controlling public spending. He has overall responsibility for the work of the Treasury.

Who is Sajid Javid?

Sajid served as Secretary of State for Business, Innovation and Skills from May 2015 until July 2016. He was Secretary of State for Culture, Media and Sport from April 2014 to May 2015 and previously he was both the Economic and Financial Secretary to the Treasury. He was a member of the Work and Pensions Select Committee from June to November 2010. He was elected Conservative MP for Bromsgrove in 2010.