Hashtags, Do They Help?

Think of a hashtag as a way of connecting online, based on a specific topic that is relevant to what you’re posting. Whether this is an event, conversation or even food, you can use hashtags to see what other people are saying about these subject areas on social media. However, there is very often a discussion online as to whether hashtags truly benefit your social media efforts.

When you’re looking to improve your social media game and grow your audiences hashtags could become one of your best friends. Overall they’re an excellent way for you to not only increase the reach of your posts but also to improve the engagement rate on your content. When you’re using hashtags, it’s very likely that the people who are seeing your post because of the tag will be interested in what you have to say. This is because people who are looking at hashtags are going out of their way in order to find out more about a certain subject area. Also, because they are interested in what you’re saying it also makes them more likely to interact and engage with your content.

But there are so many brilliant ways you can use a hashtag in order to promote your business and drive conversions:

Most big brands out there have a catchphrase or a tagline that they’re known for, and as a brand, if you can get people using your hashtag on social media it’s going to be a great benefit for your business’ reach. Some businesses who have absolutely smashed this include:

The #ShareACoke campaign was a huge hit! Everyone was going to their local stores to find a Coke with their name on it and Coca-Cola very cleverly took this to Twitter to get people to tweet their images at them with the hashtag #ShareACoke and in return, you could win a whole host of different prizes. 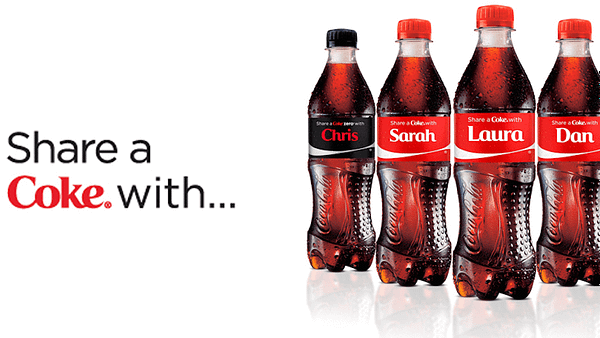 Always ran the campaign, #LikeAGirl to help get rid of gender stereotypes. The idea of the campaign was to take the term “like a girl” and take it away from its original meaning of a girl being weak. Instead, they were using it to show girls who weren’t influenced by society’s expectations and it became a global hashtag of girls showing off their strength and talents.

Very recently we saw the devastating news in America regarding George Floyd and Black Lives Matter. Equality is still such a huge issue in 2020 and that’s why as of the 18/08/2020 over 22.7 million posts had been posted on Instagram with the hashtag #blackouttuesday. The campaign was to show solidarity with the black community and show support for the victims of police violence. It was a huge campaign that bought social media to a halt for the day, people weren’t posting anything all day and every post you saw was a black square in solidarity.

Hashtags can be a fantastic way to get something to go viral. One of the biggest trends that ended up going viral was the ALS Ice bucket challenge. The challenge involved an individual dumping a bucket of ice-cold water over their head and post the video to their social media.

The aim of this campaign was to help promote awareness of motor neurone disease and raise money for the charity. It ended up becoming a global success with over 2.4 million tagged videos and raised more than $220 million.

However, not every business can come up with a global trend. Luckily, another way you can use hashtags is by running competitions. You should make sure that you put up prizes that your followers are going to want to win, and your followers will be posting about your business in no time at all to win those prizes. But the reason competitions are so good is that in order to enter the user will have to either post, like or retweet all of which will end up in front of their following.

A hashtag on twitter can go anywhere in the post, whether you put it in the middle to highlight a keyword or at the end to add some context. Ideally, you don’t want to be putting any more than 1 or 2 hashtags per post on twitter otherwise it could possibly come across a bit spammy.

Hashtags can have a huge effect on Instagram, we recommend using up to 30 hashtags on a post however on Instagram you could put your hashtags in the comments and you will still see the same results. It’s important you find relevant hashtags for your post as Instagram has the feature that users are actually able to follow a hashtag, so if you’re posting very relevant content for the users it’s likely they’re going to engage with it.

We recommend posting 1 or 2 hashtags in a Facebook post, again they can be anywhere in the text and can be used to add emphasis or context to your content.

One that has burst onto the scene for using hashtags recently is LinkedIn. They have become increasingly valuable in helping to share news, stories and updates about your business. Again we’d only recommend using 1 or 2 but LinkedIn can actually help recommend the most effective ones for you.

In summary, hashtags are a great way to expand your social media presence and improve your engagement rate. We’d make sure that you’re getting a few into your posts every now and again but don’t go too crazy no-one likes spam.